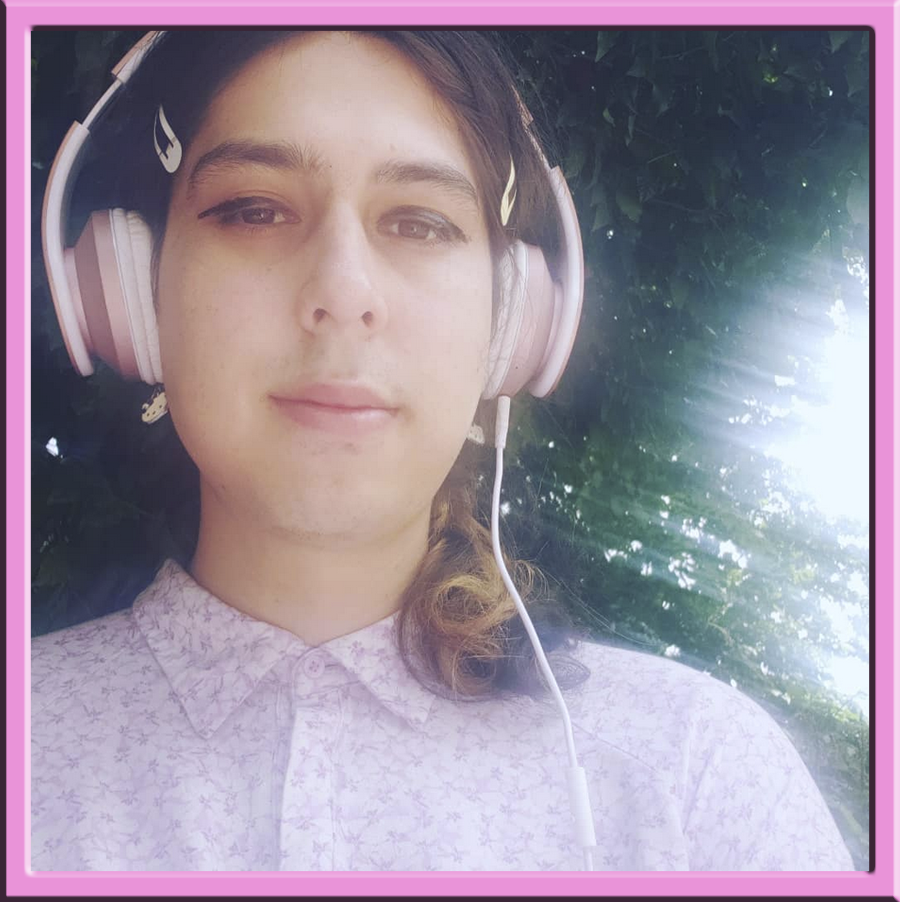 Abby Castillo is a writer, musician, and interdisciplinary artist based in Portland, Oregon. She makes electronic pop songs as abbymachines, and conducts a research-based art practice that spans a wide range of audio/visual media. Much of her work takes on a serialized format in the forms of zines, cassette tapes, and videos.

Her upcoming novella A diet of worms will be releasing soon as a series of zines before releasing in other formats. Currently she is hard at work producing her next album A and conducting research on trans electronica.

She received her B.A. in Anthropology from Reed College in 2016. Currently she is pursuing a Career Pathways Certificate in Creative Coding and Immersive Technologies from Portland Community College, where she is learning how to work with Processing, Max/MSP, and microcontrollers. She is experienced in the use of Ableton Live and Adobe Photoshop/Illustrator/InDesign (as well as the Affinity Suite).

Abby is available for booking / commissions / freelance work at abby.castillo.inbox@gmail.com.

sign up to the abbymachines newsletter for updates on my art practice :)